A California doctor attempting to enter a boyfriend’s home through the chimney has brought new legitimacy to the Santa Claus legend after her lodged remains were discovered mere feet from the fireplace's opening.

The remains of 49-year-old Dr. Jacquelyn Kotarac provide physical proof that Santa’s preferred method of home entry is indeed almost possible, giving parents valuable evidence as they struggle to argue for Santa’s existence. The development allows parents of skeptical children at least one more year to dodge nagging gift inquires and, finally,  some much needed leverage when threatening naughty children into good behavior.

While authorities are still unclear on what drove Dr. Kotarac to such a whimsical choice of trespass, her contribution to holiday parenting is undeniable.
Posted by Morning Light News at 18:00 No comments: 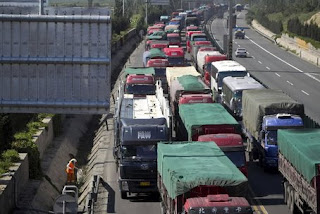 A traffic jam stretching for over 60 miles on a Chinese highway is giving stranded kids a chance to use their imaginations as they wait in automobiles for what could be several weeks. With nothing to sustain their contemporary attention spans, kids affected by the jam will have no choice but to patiently invent new worlds to explore, scenarios to play out or new languages to speak in an effort to keep themselves busy.
While the media blamed road construction for the 11-day jam, some could speculate the entire fiasco is a clever move by the government in hopes of giving their children the imaginative edge over the technologically distracted youth of the west. Although this logic is mere rumor, the Chinese government has lent an unsuspecting hand to the flowering of young gridlocked creativity as China’s 1 child per household law keeps children focused on imagination and not poking or nearly not poking annoyed older siblings.
No matter the cause of the gridlock it’s clear the experience will benefit all the children involved as they prepare for similar lifestyles in the China’s booming industrial job market.
Posted by Morning Light News at 22:25 No comments: 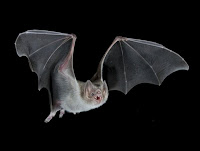 Long criticized for falling short of Hollywood’s supernatural expectations, vampire bats are beginning to gain the world’s respect after killing four and wounding hundreds in the jungles of Peru.

Vampire bats were traditionally revered for their un-godly habit of gently sipping the blood of sleeping animals, but their mystique began to fade throughout the latter 20th century. Compared to the charismatic actions of their on-screen counterparts, the vampire bat’s painless blood sucking has been rendered incredibly tame, thus leaving the actual vampire bat a supernatural disappointment.

Although rabies played a major role in the four Peruvian deaths, the vampire bat is regaining its notoriety as a bloodthirsty predator thanks to the growing number of attacks against humans throughout the area.

With luck, tales of night blood sucking will continue to escape the jungle, returning the nightmarish reputation to nature's un-holy winged mammal.
Posted by Morning Light News at 13:10 No comments:

A ship wreck spilling oil in the Arabian Sea has India marching toward the developing world thanks to timely comparisons drawn between this disaster and that of world super power the United States of America. As the Indian coast guard attempts to contain the mix of diesel fuel and oil-based lubricants released in the wreck, the perception of India throughout the world is sure to improve as observers can’t help but think of America’s oil spill when thinking about India’s. Although the toxic diesel fuel and lubricants lack the prestigious reputation of pure off-shore crude oil from a billion-dollar company, the developed world comparison is a step in the right direction. While the world’s 2nd most populace country has been making great leaps in technology, education and industry over the last decade, an oil spill on the heels of America’s current disaster will show India’s ability to quickly adapt to contemporary world trends. If the trend continues and India can keep following in America’s footsteps, the developing nation may one day provide its citizens with American-like unequaled opportunity- a freedom they can squander like a real American.
Posted by Morning Light News at 17:06 No comments:

Linebackers May Get Another Shot At Favre

Defensive players throughout the NFL may get another opportunity to pummel Brett Favre if the 41-year-old Vikings quarterback chooses to come back for another season. Favre’s return would allow linebackers, linemen and various blitz packages ample chances to run down and potentially injure the arrogant southerner who, for the third straight season, has the sports world in a frenzy while he contemplates retirement.
One last season could mean big things for veteran defenders with unfinished business or personal grudges against Favre, while younger players could pad their personal career numbers with repeated blindside tackles against a future hall-of-famer. Not only would defenders benefit from Favre’s potential season, but it could help the entire league by creating new fans from unlikely spectators who simply want to see “that old guy with the drawl” retired once and for all.
Posted by Morning Light News at 12:59 No comments: 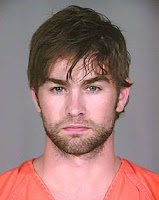 The career of 24-year old Gossip Girl actor, Chace Crawford, has not been threatened in anyway what so ever following a Friday morning pot possession charge in his home town of Plano, Texas. Crawford, who portrays an untouchable Manhattan elitist on the CW’s hit drama, could be expected to completely forget about the misdemeanor charges as early as Sunday considering the growing national sentiment of indifference toward personal marijuana possession.
While strict supporters of Texan anti-drug laws could push for the maximum 180-day jail sentence or $2000 fine, Crawford will in all probability have the entire charge removed from his record following probation with little to no negative effect on his general fan base.
Crawford’s arrest may in fact have a positive impact on his career and that of the Gossip Girl program as such a slight criminal infraction would be typical of his handsome, roguish onscreen persona “Nate Archibald.”
Posted by Morning Light News at 17:20 No comments: 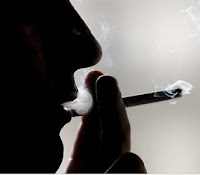 According to a new study by Centers for Disease Control and Prevention, American smokers are the least likely to fear the affects of smoke-related cancer than any other major English speaking country. Despite the presence of more cancer-causing carcinogens in domestic cigarettes than those of English, Australian or Canadian brands, Americans boldly persist in inhaling the toxic fumes with little concern about how it my later affect their bodies. The feat is made only that much more impressive considering every American smoker bravely ignores each pack’s clearly-labeled Surgeon General’s warning blatantly proclaiming the product’s ability to alter normal human life. While it is no secret Americans are known for their ability to waive fear in the pursuit of their personal freedoms, the CDC’s study shows that the only prevailing anxiety for the US smoker is the un-American fear of following.
Posted by Morning Light News at 13:17 No comments:

Because Every Negative Has A Positive

+ Become A Leader And A Follower.